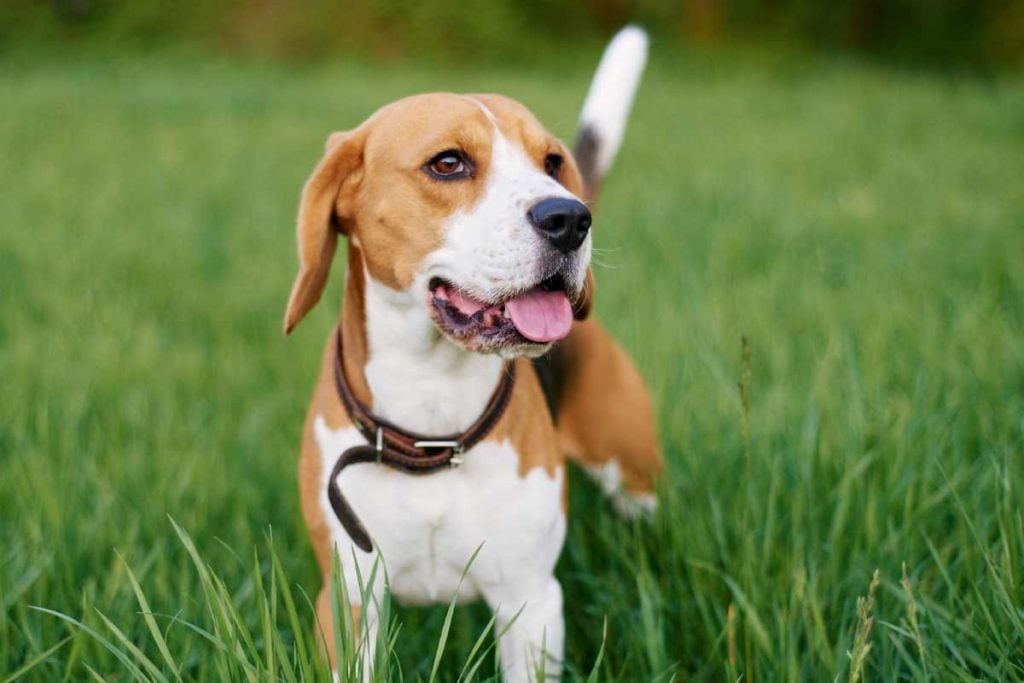 Traditionally bred as rabbit hunters and gundogs, beagles are known for their floppy ears, loud voices, and impeccable sense of smell. They are incredibly friendly and love both children and other animals alike. If you are considering bringing a beagle into your family, it is important to understand their unique personalities, potential health concerns, and grooming and exercise needs.

Beagles descend from hounds used by hunters on foot in England, Wales, and France. The breed was originally bred by wealthy English gentlemen in the 16th century as rabbit and small prey hunting hounds. They were also used as gun dogs, flushing game for these hunters.

By the late 19th century, beagles became more refined and widely recognized in North America, eventually becoming one of the most popular breeds. Though still used in packs for hunting today, beagles are more commonly seen as companion and family dogs. The breed was recognized by the American Kennel Club in 1885. In 2021, beagles were ranked number 7 in the most popular dog breeds in the United States.

Beagles are considered medium-sized dogs. They have a sturdy build and long, floppy ears.

These dogs have short, smooth double coats that are dense and water-resistant. The classic beagle coat is tricolored—black, tan, and white.

Considered low maintenance, the beagle has minimal grooming needs. Their double coat sheds moderately throughout the year and heavily each spring. Weekly brushing may be helpful during periods of heavy shedding. This will minimize mess and keep your dog looking and feeling their best.

Beagles only need occasional baths to stay clean, as their short coat does not tend to pick up much dirt. Their floppy ears can be prone to ear infections, so be sure to clean them regularly. As with all dogs, their nails should also be trimmed every few weeks.

Beagles have relatively high energy levels and require at least one hour of physical exercise every day. They are playful and enjoy a wide range of activities, particularly if it involves spending time with their people. In addition to physical exercise, these working dogs also require a significant amount of mental stimulation.

Because they are scent hounds, beagles should always be on leash when out and about in the world. With powerful noses and a strong hunting instinct, beagles have a hard time fighting the urge to follow new smells.

Owners can use this powerful sense of smell to their advantage by providing mental and physical exercise to their beagles with scent games. Try hiding treats throughout the house for a scavenger hunt or give your dog a snuffle mat filled with their favorite smelly snacks to work their super snouts.

Beagles are generally healthy dogs, and responsible breeders screen for common health conditions in efforts to improve the breed’s overall health. According to AKC, the average lifespan for healthy beagles is between 12 and 15 years. Some common health concerns for the breed include:

CBD + CBDA is effective in providing beagles neuro support as well as helping these dogs find relief for joint discomfort as they age. ElleVet’s CBD + CBDA chews, soft gels, and oils can offer support for beagles’ mobility and neurological issues and keep these dogs happy and active well into their later years. This is a key component of helping your dog maintain a good quality of life.

A cheerful, affectionate dog, beagles make excellent companion pets. Because they were originally bred to work in packs, beagles are happiest with company. They should not be left alone for extended periods of time, as this breed can be highly destructive and bark excessively if away from their people and friends for too long.

Beagles are notoriously friendly. They will likely bark to alert you to people, but they otherwise should not be counted on as effective guard dogs. Social and adaptable, beagles get along very well with children and tend to enjoy having other pets in the house.

This breed is also known to be extremely vocal and capable escape artists. Barking and roaming come naturally to these dogs, both of which can be problematic if owners do not properly train their pups early.

Beagles can be some of the most difficult dogs to train due to their hunting instincts and high energy levels. Their strong noses and sense of independence can make them more likely to get distracted with scents than listen to basic commands from their owner. With this, it is very important that pet parents prioritize training their beagles to have good leash skills, as they can otherwise be very challenging while out in the world.

Beagles tend to respond well to mental stimulation in the form of games and tasks. They are also highly food motivated, which owners can take advantage of by using training treats for positive reinforcement.

With the right motivation and lots of patience, beagles can excel with obedience and agility. Owners should start early with socialization, obedience, housetraining, and separation.

Overall, beagles are wonderful family dogs, particularly for households with children and other pets. Owners should keep their beagles both physically and mentally stimulated, as these dogs can become destructive and disruptive if bored or lonely.